Below is a list of the staff at PATSA, Inc. 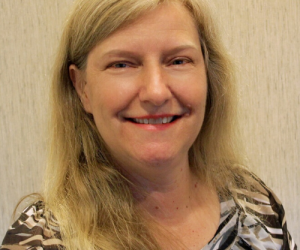 Sherrie Myers Wivell has served as the Administrator and also a Consultant with the PA Tourette Syndrome Alliance (PATSA) since 2007.  She holds a degree in psychology from Millersville University and has extensive experience working with individuals with Tourette syndrome and other disabilities.  Prior to working at PATSA, Sherrie had a great deal of experience working with and for children. She has been a Caseworker for Children & Youth Services, a Program Specialist with Foster Care, a Community Transition Coordinator for the Department of Health, a Preschool Teacher for children with Speech Delays and a Water Safety Instructor for both Easter Seals and the Red Cross.

Over the years at PATSA, Sherrie has consulted at over 500 meetings and trained more than 250 diverse groups ranging from elementary students to Physicians. As Administrator, she is involved in all aspects of the organization. She supervises PATSA staff, supports the Fundraising Committee, plans the yearly Day at the Capital to secure our State funding, writes grants and supervises program implementation.

Sherrie’s experience as an advocate for those with special needs began when her now 23 year old daughter was only 1 year of age.

In her spare time she enjoys kayaking, photography and repurposing thrift store finds. She also volunteers for Special Olympics Adams County where she coaches basketball and roller skating, serves as their Outreach Coordinator, and was selected to mentor a young adult athlete as she pursues training to become a Global Messenger for Special Olympics. 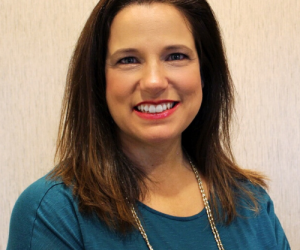 Sara Woolf began her career with PA-TSA in 2014. She became the Outreach & Volunteer Administrator in 2017 and at that time also became the camp and retreat coordinator.  She holds a B.S. in Operations Management from Penn State University. Sara previously has experience working for various non-profits and small businesses. She has experience in event planning, public speaking, education, and advocacy work.

Through her time with PA–TSA, Sara has led volunteer management, overseen various outreach programs helping to spread TS awareness and the services provided by PA–TSA, as well as coordinated the planning and execution of TS Family camp and Fall Retreat. Sara is the staff liaison for the camp and public relations committees.  She is involved in the annual board election, support group coordination, all volunteer programs, and social media outreach. Most recently, Sara has implemented many of our previous programs as virtual events and groups. She is currently involved in partnership work with TSA and NJCTS to help enhance the reach of support, services, and awareness to the TS community.

Sara has been married for over 20 years and has 6 children. She spends her spare time with her family, gardening, and volunteering in her community and with her church. 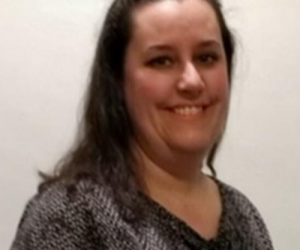 Brandi Cooper has recently joined PATSA’s staff but she is not new to Tourette Syndrome. She has a husband and 2 children with TS.

Brandi first learned of PATSA, when her family moved to Pennsylvania, in 2014, and was looking to connect with others with TS. She found PATSA’s Pittsburgh Area Support Group and hasn’t looked back. She later volunteered, running that same support group, and has attended some of the other PATSA events, with her family.

Brandi is very passionate about educating people about TS and advocating for those that have TS. She has an Early Childhood Education degree and has knowledge of how the education system runs and how children grow and learn. She is excited to be able to devote her time to helping others, now that she is a PATSA staff member. 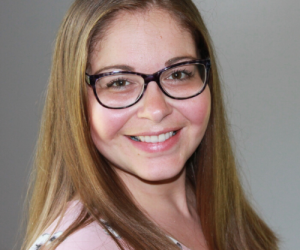 Nicole Wesner has served as the Eastern PA Consultant with the PA Tourette Syndrome Alliance since May of 2017. She attended East Stroudsburg University where she majored in Recreation and Leisure Management. Before graduation she got married and followed her husband traveling with the Army. During her time away with her husband she spent her time working with children. She worked with troubled youth and served as a court director, advocating for juvenile delinquents to be reunited with their families or assisting them in finding a more stable living environment. Nicole worked as a Nanny to several military families during her husband’s active duty days. Before joining PATSA, Nicole served as a Legal Assistant which allowed her to learn more about the law.

Nicole found PATSA when her son was 5 years old and had just been diagnosed with Tourette syndrome. Upon explaining his new diagnosis and symptoms to his elementary school principal prior to the beginning of Kindergarten, his principal said “oh, no, your son must have consequences for cursing while in school”. Because her son had coprolalia, also known as the cursing tic, Nicole decided to find support for her son or possibly homeschool him so he would not face daily discipline for a neurological condition he had zero control over.

Nicole was quickly able to find PATSA to assist her family. PATSA provided her family with support and guidance and their consultant educated the school about TS and the proper way to help a child who is diagnosed. Her son was not disciplined for his coprolalia and the school invited PATSA to train the Educators and other students. For several years, Nicole enlisted PATSA’s support to help her son have smooth school years or to jump in if more support was needed.

From there, Nicole became extremely passionate about spreading TS awareness and educating as many people as she could so her son could have a better life. When she saw a job opening at PATSA she knew it was her calling and applied immediately. Since then she has been serving the Eastern part of Pennsylvania. Nicole is a staunch advocate for all of her clients and is willing and eager to help Educators and Administrators better understand the condition.

Nicole currently resides in the Poconos with her husband and 2 sons. In her spare time she loves to spend time baking and cooking with her 11 year old and 3 year old. She also enjoys volunteering at her son’s school when time permits. She is an avid crafter and loves to come up with fun projects to do with her boys. She also has 2 dogs who she adores and enjoys taking for walks with her kids.